Declaration of Independence and State Constitution 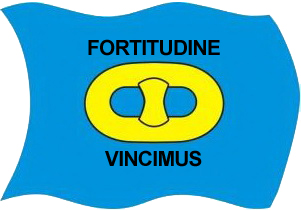 Considering that all human beings are equal.

Considering that the only authority is the author of this world, a creator of life that is above any man, the Giver of Laws, God.

Considering that the right to freedom of association is a universal and fundamental right that all human beings have.

Considering that the will of each human being is a creative spiritual force, free to independent, given by God, each human being can exercise it as long as it is in accordance with the law of God, do not do to others, what you would not like them to do to you to you, because this is the highest law, the Natural Law.

Whereas we abolish slavery in all its forms.

Considering that the home, body and property of each human being is something sacred and inviolable, protected by God.

Considering that we are ambassadors of God see Corinthians 2 5:20 in the book of LAW par excellence, the Holy Bible, we are under his protection and we have the responsibility to inform, disseminate and vindicate his LAW, through writing, the verb, Through conferences and / or videoconferences, or any other means / informative format, we will also do it through our acts, committing ourselves to act honorably.

Considering that the natural order of things is the highest expression of God and that it is only achieved when there is no conditioning or interference, unless it is for violation of his LAW.

Considering that none of the inhabitants of our nation is a citizen.

Considering that all the members of our nation have a contract with God, because we only follow his law.

Considering that God established his promise to protect us, as long as we fulfill his Law.

Considering that no inhabitant of our nation is a person.

Considering that there is equality and without consent, there is no jurisdiction.

Considering that all our inhabitants are real and natural living human beings, of flesh and blood, with inalienable rights, that is to say that our rights are not susceptible to trade, they were not assigned or given at any time to your profit-making company disguised as government, SPAIN corporation or any other.

Considering that all members of our nation are protected by international contracts and agreements.

Considering that none of the inhabitants of our nation has any binding contract that makes us citizens / subjects of rights of the SPAIN corporation or another.

Considering that the SPANISH STATE is a profit-making company disguised as a government, see C.E. arts 140,141 and 142.

Considering that the UDHR is the only rule recognized in its law for human beings and not for people, see C.E. art 10.1.

Considering that a company cannot have jurisdiction over a human being without their consent.

Considering that the ESTADO ESPAÑOL corporation has been in perpetual bankruptcy since May 29, 1882.

Considering that the commercial code of 1885 gives free access to the use of common law.

Considering that common law establishes that, if there has ever been a right, that is the free right to contract, so common law offers the right to free contract or contract proposal.

Considering that SPAIN has been a member of UNIDROIT since 1940.

Considering that neither force, nor weapons, nor fear are sources of law.

Considering that no member of our nation is a practitioner of secular humanism.

Considering that Felipe VI has an oath to Elisabeth-Mary Windsor, to whom he owes loyalty and fidelity, for this reason he is a knight of the Order of the Garter.

Considering that Felipe VI has an oath to the Pope, that is why he is a member of the Order of Malta.

Considering that the JUDGMENT OF THE HAGUE COURT ON THE DECLARATION OF INDEPENDENCE OF JULY 22, 2010 dictates the following: “We declare that there is no rule in International Law that prohibits unilateral declarations of independence.”

Considering that no member of our nation is:

Considering further, that no member of our nation is not:

Therefore, due to the foregoing and accepting the rights of Intellectual Property and individual freedom contemplated by law, I hereby proclaim myself independent and establish the Wandering Republic Menda Lerenda of Cipix Freeman, welcoming as National territory the surface with which I have contact, my real estate will become an embassy and / or mission premises and my inviolable borders are those of my embassy, ​​mission premises, physical contour, being the psychics the ones with the greatest scope and supply, not recognizing other foreign authorities or laws other than those based on common sense, honesty and constructive collaboration.

Informed the world community, the Wandering Republic Menda Lerenda of Cipix Freeman in use of its Sovereignty establishes its Constitution in the following Articles approved in plenary session of Government by 100% of votes in favor:

1. Sovereignty resides in the people.

2. The R.E.M.L. of Cipix Freeman, is and will be, non-combatant and non-belligerent. All problems, claims and / or conflicts will be resolved by administrative means, based on common law.

3. The R.E.M.L. of Cipix Freeman guarantees its non-intervention in government or laws of foreign nations. Reciprocally demand that none of them interfere in theirs.

5. The R.E.M.L. of Cipix Freeman issues documentation to travel freely, under International Diplomatic Law, therefore, a vehicle in which it is occupied by a national of our republic, is an extension of the embassy, ​​inviolable private property, protected by the Vienna Convention on diplomatic relations and the UDHR.

6. The Sovereign of the Wandering Republic Menda Lerenda of Cipix Freeman undertakes to be responsible for his actions, not delegate his responsibility to third parties, compensate for damages caused, be respectful towards others, honest, honest and peaceful.

7. The R.E.M.L. of Cipix Freeman‘s currency uses Bitcoin (BTC), the only sovereign currency. Other currency that is NOT fiat currency may be accepted, depending on the business situation to which the Cipix Freeman REML is related. For this reason and for not complying with the F.M.I. With the Founding Document, this Republic rejects its integration into the International Monetary Fund. The integration to other International Organizations such as the United Nations (UN), the World Health Organization (O.M.S.) and other World Organizations, will be studied once they present their request and in strict order in which they request it. Discarded both currency and own banking entities, R.E.M.L. It develops its economy through the networks of neighboring foreign financial systems. In international transactions with the neighboring country, the corresponding legal agreements will be completed.

8. The sovereigns of the R.E.M.L. of Cipix Freeman are free to benefit from other nationalities, such as Romanian, or that of a citizen of the world. At no time may a sovereign of this republic be forced, coerced and / or forced to identify and recognize himself with a nation with which he does not want to have association. They are also free to renounce their REML nationality.

9. The R.E.M.L of Cipix Freeman, welcomes as a distinctive: On a blue background, which represents the infinity of the celestial vault, a link with a gold trim and black outlined horizontally, centered and in measures 1⁄2 of the length of the background. The link symbolizes strength and endurance; at the same time as independence and liberation from its chain. Its color is gold in allegory of the value of Freedom. It represents the individual and free Unity capable of joining with other links in a joint, solid and constructive way.

10. International Relations with other States, their Organizations and their inhabitants will be established equitably and in reciprocity.

11. The R.E.M.L. of Cipix Freeman can submit to a referendum its integration into Confederations in order to unite the same principles, efforts and progress with other Independent States.

12. This Wandering Republic, in permanent physical mobility and without fixed location coordinates, establishes the www Network (web / internet) for its location as a universal contact location:
www.cipix.eu
International Relations: REML.Cipix.Freeman@cipix.eu

13. As States with REAL Democracy, they can exercise their right to present amendments to their Constitution by adding, modifying or canceling the previous Articles. Each consultation will be put to a vote and approved unanimously by its Plenary of Government.

14. Everything that has not been specified will be done according to the common law and the law of God, the latter being the most important.

15. The transfer of our borders includes:

Signed on the date of September 10, 2020 retroactively Nunc pro Tunc

All Rights Reserved, Without Prejudice (UCC 1-308)

R.E.M.L. has presented Identification with Declaration of Independence to the State of her country of origin. In response, your Ministry has issued an Official certificate numbered, signed and stamped, confirming its legal validity and acknowledging your rights. Said documents are deposited in the National Archive of this Republic. They are for public consultation in the General Property Registry where they were ratified.